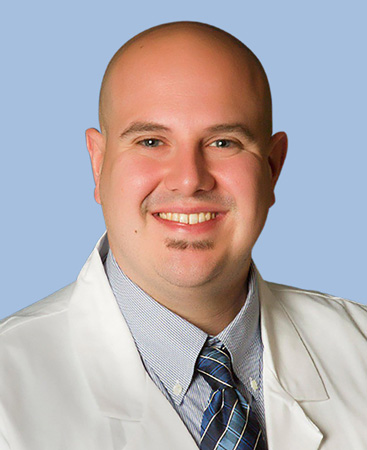 Benjamin A Raymond, DO FACOS, earned his undergraduate degree in biology and psychology from Johns Hopkins University in Baltimore, MD. He received his medical degree from Lake Erie College of Osteopathic Medicine in Erie, PA.

Dr. Raymond completed his residency at the University of Pittsburgh Medical Center’s (UPMC) Horizon campus in northwest Pennsylvania, where he also served as the solo chief resident in his final year. Dr. Raymond was awarded a national Resident Achievement Award by the American College of Osteopathic Physicians in 2017.

He actively participates in medical research and has given many lectures and presentations relating to his field, and was given the title of Lecturer of the Year by the UHC Family Medicine Residency in 2019.

In 2019 Dr. Raymond was awarded the Presidential Citation by the American College of Osteopathic Surgeons for his role as a co-chair for the ACOS In-Depth Review, a national board review course that was held in Des Moines, IA. Dr. Raymond was also recognized by both the ACOS and American Osteopathic Board of Surgery for achieving the highest oral board score in the country in 2018.